Summer heat is always a problem in rural India where relief isn’t readily available.  Whether it is because of the lack of air conditioning or a house fan or power cuts, when the heat and humidity comes relief is necessary.  Two of our project partners in Andhra Pradesh set up Emergency Water Camps and pass out cool water and buttermilk to any who pass by.  Here are some photos from last years camps and within a few days similar camps will be active again.

If you want to help us fund these camps then your gift will certainly help make these camps possible and successful. 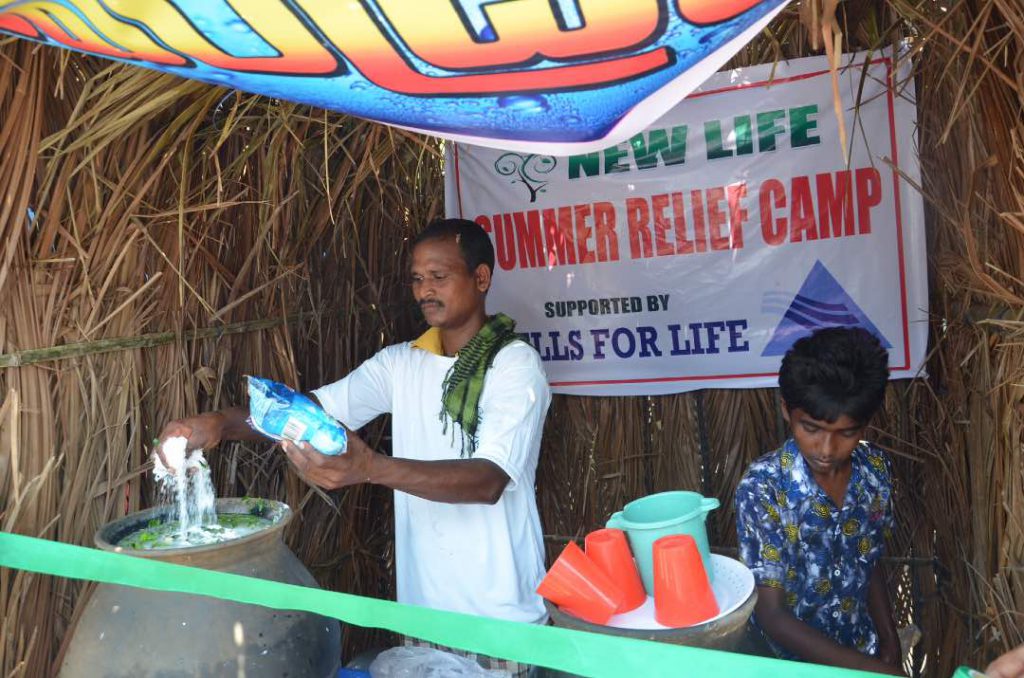 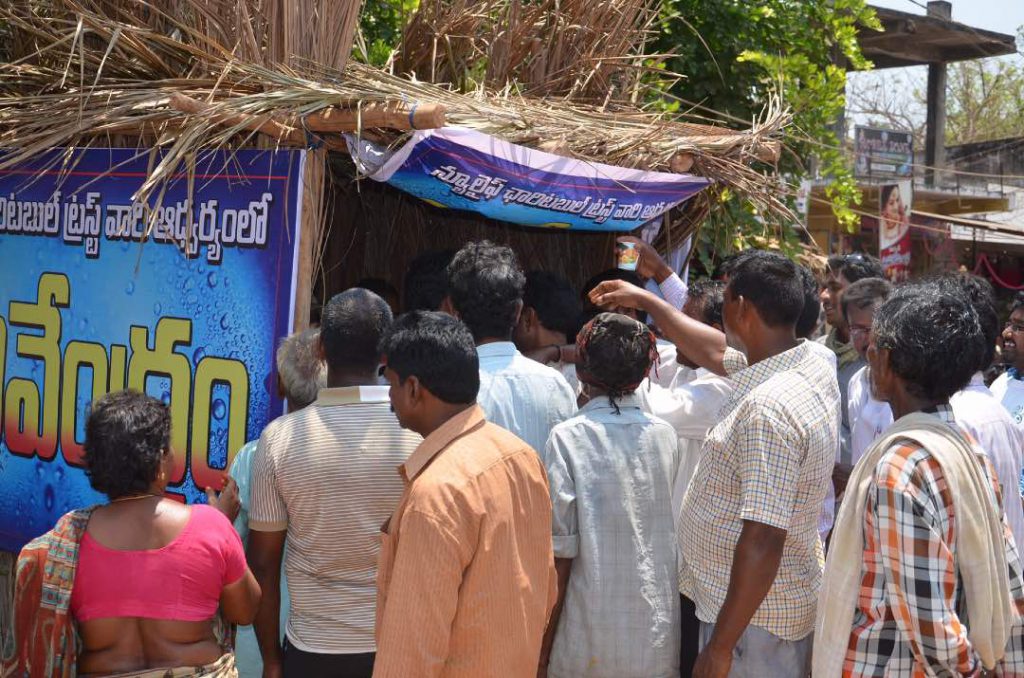 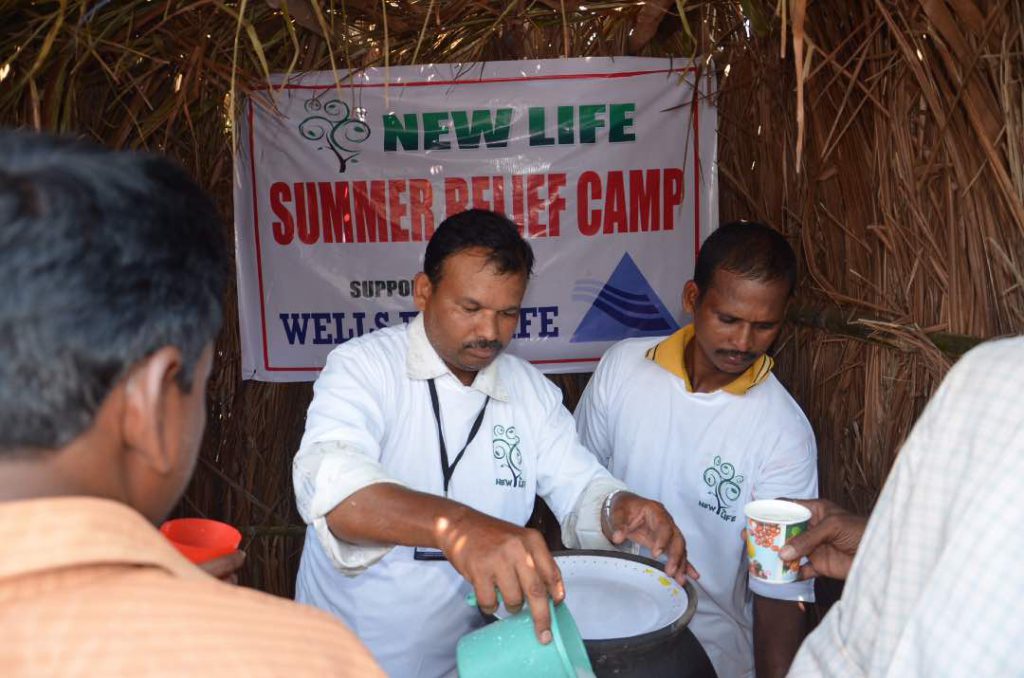 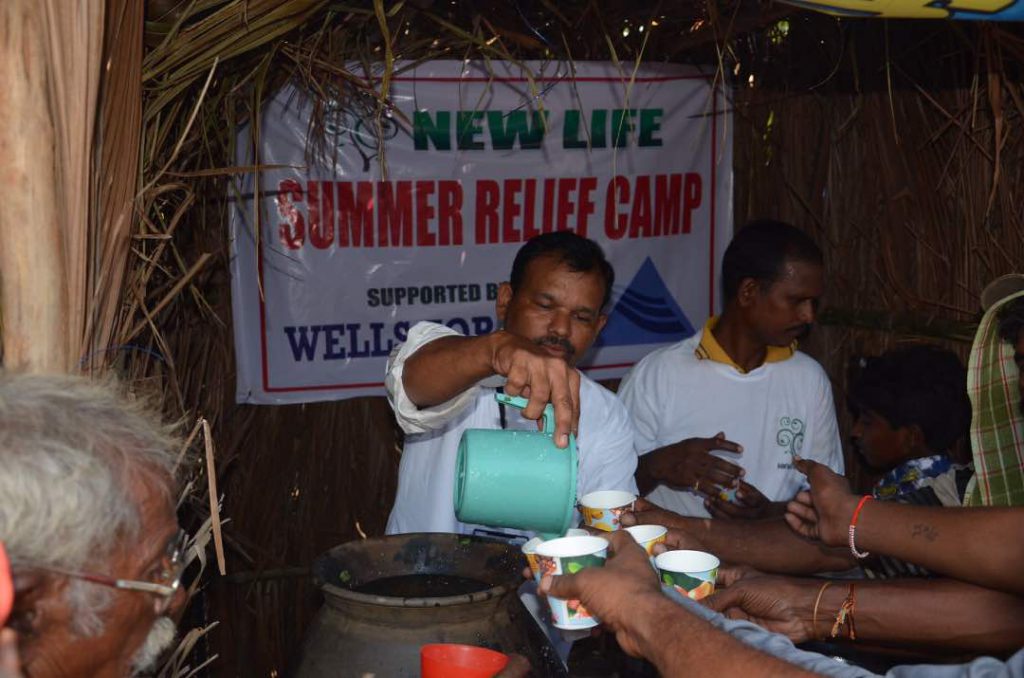 I wonder where this even started. I actually forgot about it being April 1 until I was cruising through Facebook and I saw a story that someone posted about Bill Self leaving Kansas. Knowing the KU got drubbed by Oregon just days earlier I thought there could be some truth to the story so I clicked on it, the page opened and there was Bill grinning with April Fools stamped across his photo. I’d been had! It’s funny how quickly we can fall prey to a joke or a story especially if there is some sense of probability in it.

Thankfully there isn’t any measure of hoax when it comes to helping someone in need. Can you just imagine if you encountered someone who offered to help you out in a situation only to discover that they really had no intention at all in following through?

Never happen you think? Actually it does and probably quite frequently.

For me, I was in a rural village and heard a plea for clean water. After some back and forth I finally made a promise to bring the water and felt quite satisfied with my response and commitment only to learn that I wasn’t the first. The village president that many had passed through the village and promised clean water but to date, nothing. Time had passed, people had forgotten and the village was left wanting, abandoned. How long I asked? Almost 4 years I was told. I shook my head in disbelief and promised I wouldn’t do that.

You see, making a promise for me isn’t an April Fools joke. I just can’t say, I’ll do this and then not deliver on the goods. A promise is a promise.

For this village, I didn’t have the funds nor did I have the expertise or the knowledge, I just had the faith and so I made the promise. 7 months later the village had their water and I had a mission. 7 months you say, sounds like an awful long time. Truth is, I promised the water in a year because that is how long I thought it would take for me to save up the necessary money. Thankfully, the money came quicker and so the people celebrated sooner.

I share this story as a reminder for us all that people matter, especially ones that struggle on a daily basis just to survive. Making a difference in someone’s life is pretty simple; a smile, a kind word, a handshake or a hug usually can do the trick. In those cases where there is hunger, thirst or nakedness, then you do more; you give and you clothe.

Help us fulfill some new promises for clean water this April by giving to Wells for Life. Your gift will change a life and that’s no joke! 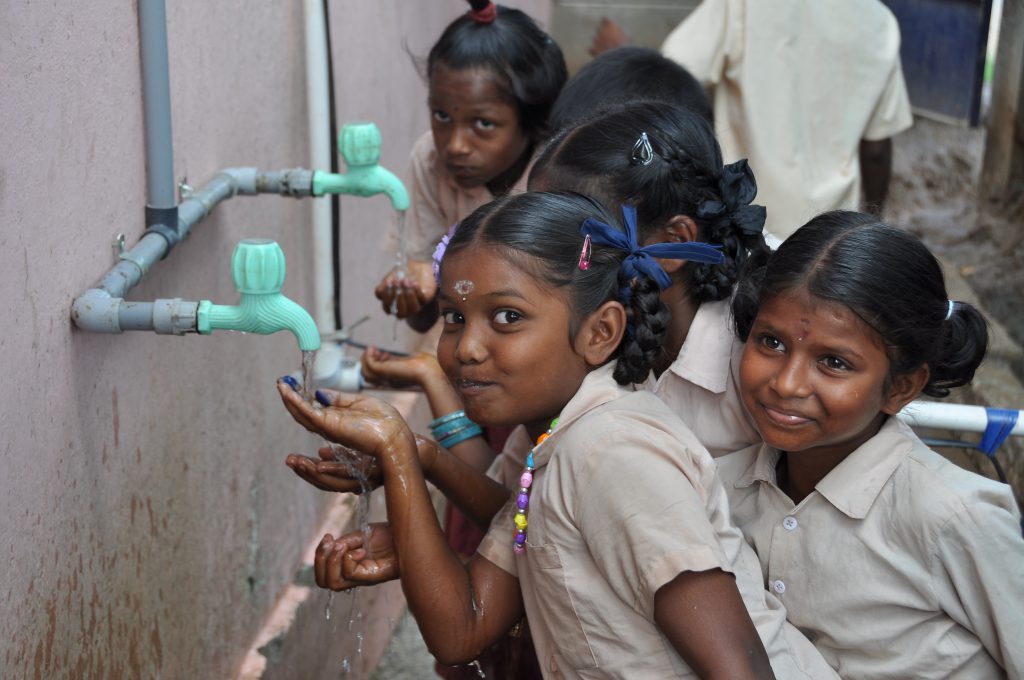